Joysticks and Pedals
Accurate proportional output characteristics, high reliable performance, can completely replace the same imported parts. There can be a variety of operation methods according to the different use environment and design requirements . 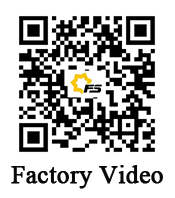